The next step is the canopy.
Azur provides us with two vacuum formed canopies, so one has a second chance… but the main problem is that what we get in the box is a VG.33’s fuselage and VG.36’s canopy, which doesn’t fit at all… 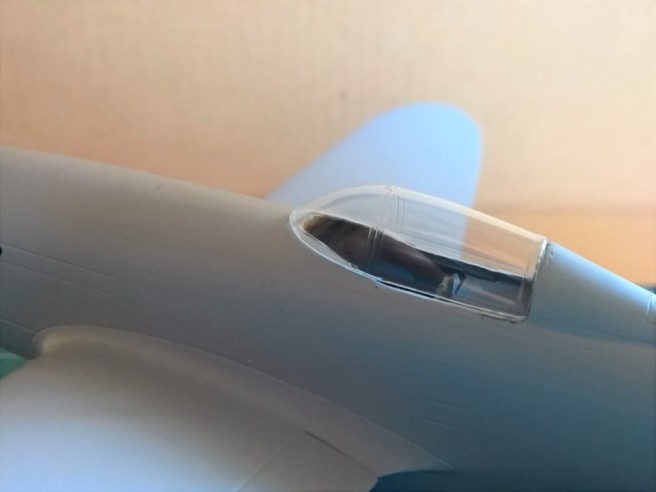 First I marked the outline of the windshield on the hull. In the second step, using a new blade knife I shaved off from the fuselage enough to go out on the internal borders of the windshield’s shape. Then a series of fittings in and filing with my Flex-i-File. In addition, it was necessary to correct a little bit the side of the cabin, which I made with the pieces of the frame drawn over the heat.

Before gluing the canopy to the fuselage (CA Roket Odourless – absolutely amazing) I added something that is visible in the side picture of the plane, and what I think is the basis of the gun sight (in my opinion VG.36 was not armed, one can not see any barrels in the wings, and somehow I find it hard to accept that they could have used a rifle scope, when in production and widespread use they had for example Collimateur OPL Type: RX. 393, called a lantern or a Greek temple.

On the other hand, I’m not 100% sure, because the photograph of the VG.33’s cockpit is showing a base for the gun sight that certainly does not look like that thing installed in VG.36.

Whatever it was, something like this was installed inside the cockpit, though it can be poorly seen in the photographs. 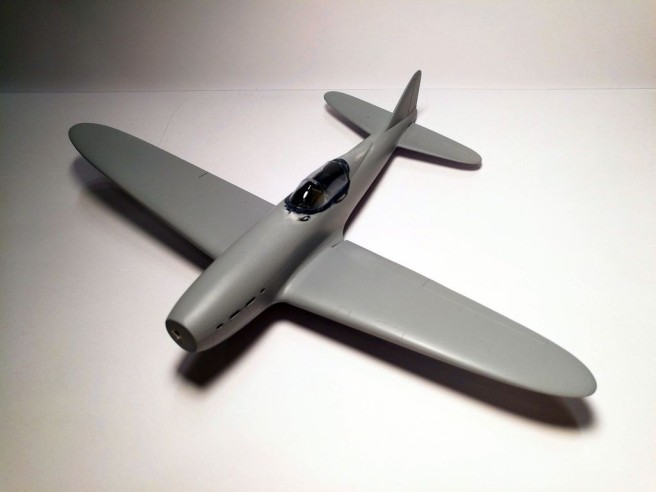 I also made the position lights of clear polystyrene.
Moreover, in the bottom of the wings, the horizontal tail and fuselage I drilled the holes, which were designed to drain water that accumulates in the airframe due to condensation. They may seem a little too big (0.5 mm), but i think that one more layer of primer will reduce somewhat this impression. 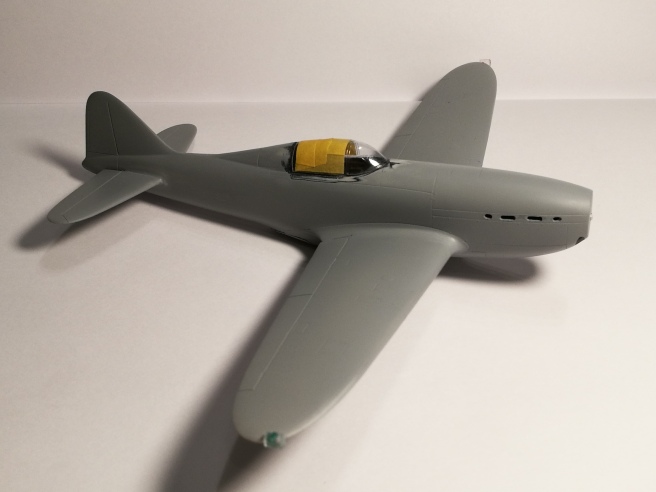